Happy Super Bowl weekend! We've already had a busy weekend, and kickoff is still hours away! We celebrated a friend's birthday on Friday with dinner at Zack's and drinks at Cork City; discovered a fun wine/social networking app called ViVino; and I hosted my annual Wine, Cheese, and a Dirty Santa party with my girl friends.  I spent Saturday afternoon prepping for the party, so I promise I'll eventually have a recipe recap for you! Tonight we're watching the game at our friends' apartment in town.  With the game being played less than 7 miles from the apartment, going anywhere requiring the car would be a bad idea! Since we are so close to MetLife Stadium, Hoboken has some Super Bowl swag of it's own.  The picture below, courtesy of my old roommate who snapped it bright and early this morning, is of Super Bowl roman numerals on Hoboken's Pier A.  I'm not rooting for any team in particular tonight (better luck next year, Redskins!), so I'm most looking forward to tonight's commercials! 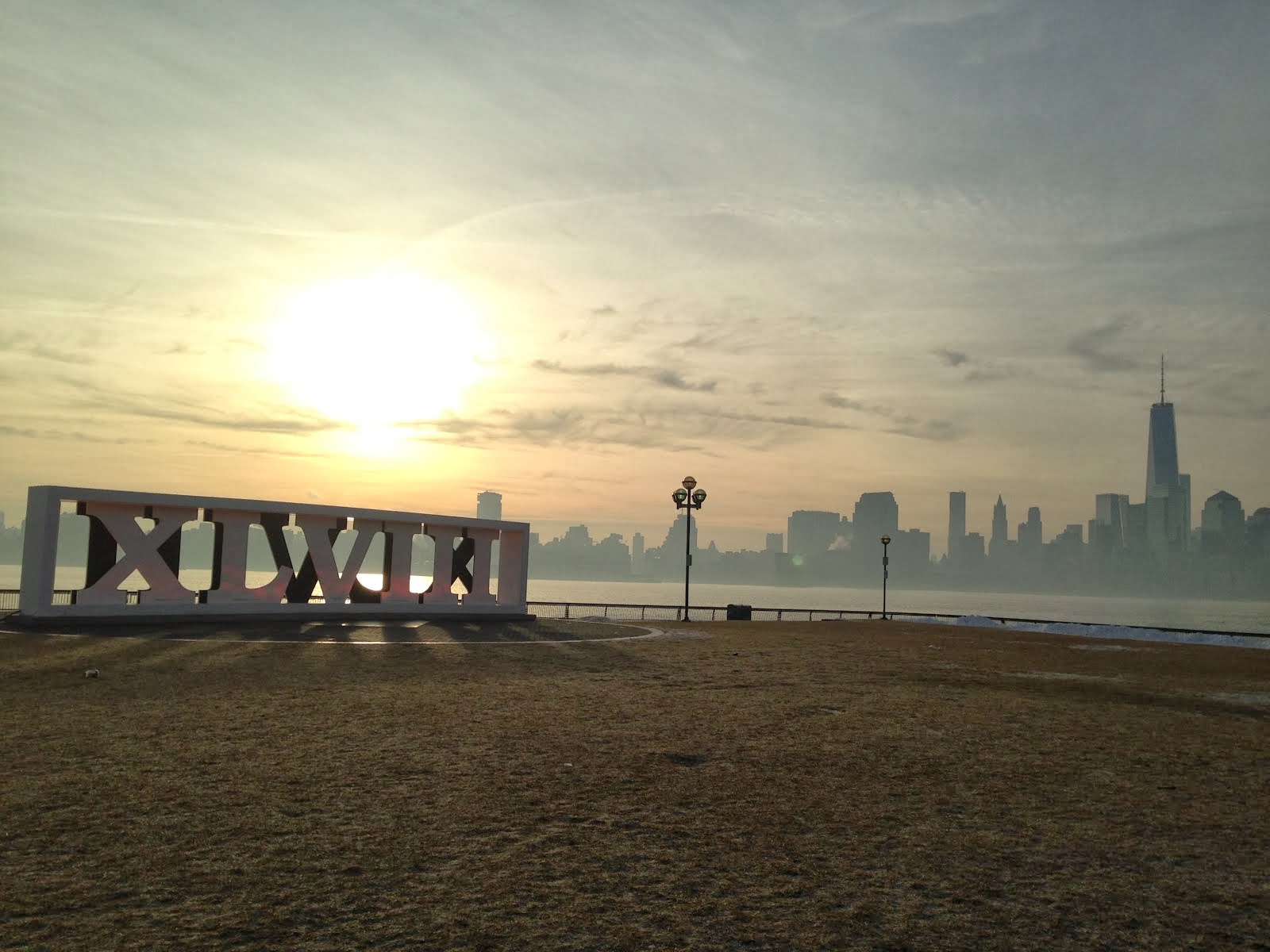 The original recipe called for adding a full cup of water to the sausage as it cooked.  I was tempted to skip that step, but ended up adding half the water to make sure we didn’t end up with a dry shell filling.  I used heaping teaspoons of chili powder, hot salsa, and hot enchilada sauce.  And guess what? This meal was rather spicy! If you can’t handle spicy foods, consider using less chili powder or more mild varieties of salsa and enchilada sauce.  Nevertheless, this meal was pretty good.  KK preferred this dish over the one I made a few weeks ago, most likely because he loves enchilada sauce.  I liked them both, and probably wouldn't be able to tell which shell was which if you gave both of them to me at the same time! 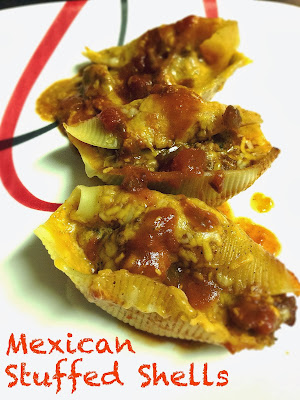 Directions
1. Cook pasta according to package directions.  Drain, rinse with cool water, and set aside.

3. In a large nonstick skillet, cook chicken sausage and spices over medium-high heat; use a spatula or wooden spoon to break up large pieces of sausage.   When sausage is almost cooked, add water and continue to cook until water is absorbed.  Reduce heat to low, add cream cheese, and stir until cheese melts.  Set aside to cool.

4.  Coat bottom of 9x13 baking dish with salsa.  Stuff each pasta shell with meat mixture, and place in prepared 9x13 pan open side up.  Spread enchilada sauce over stuffed shells.  Cover baking dish with aluminum foil and bake for 25-30 minutes; salsa will be bubbling and shells will start to brown.  Uncover baking dish, sprinkle shells with cheese mixture; bake uncovered for 10-15 minutes or until cheese melts.  Serve warm.  If desired, top with sour cream, green onions, or more salsa.
at 10:20 AM

Email ThisBlogThis!Share to TwitterShare to FacebookShare to Pinterest
Labels: Mexican