Although Friday's post was 3DDinners' first post outside of Hoboken, this is my first post based on a meal cooked outside of Apt. 3D! KK and I weren't up for food shopping on Friday night, so we went to the local pizza joint for dinner.  The Pizza Stone was right down the road from the house, has a great beer selection, and live music by the Cold River Ranters.  We spilt an order of cheesy bread sticks and had the Gouda Morning pizza - garlic butter, mozzarella, sausage, leeks, roasted garlic, Caraway cumin Gouda, and cilantro.  It was absolutely amazing.  Here are a few pictures from our night out: 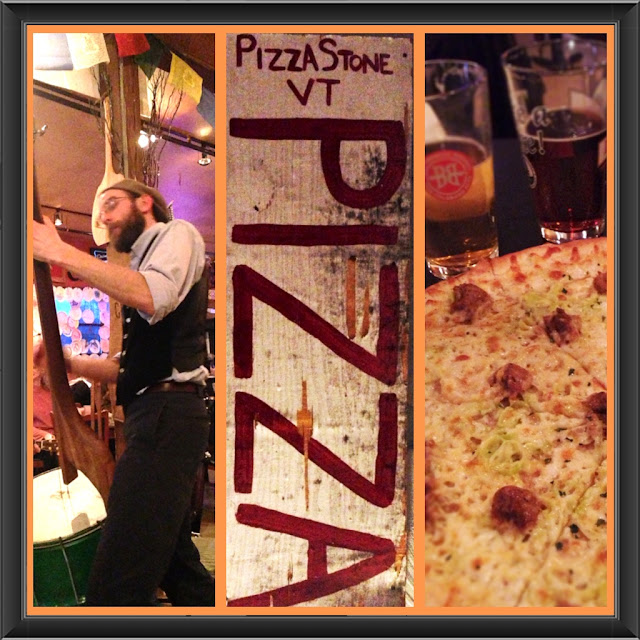 On Saturday, we drove north to Long Trail Brewery.  In all honesty, they only offered a lackluster self-guided tour of the brewery, so it was less impressive than the Harpoon Brewery tour in Windsor, Vermont we took last spring.  That being said, we still enjoyed the pub fare and craft beers.  Before making a full-size pint selection, KK and I shared the 6 beers in the Long Trail Sampler: Blackbeary Wheat, Pollenator, Long Trail Ale, Double Bag, Traditional IPA, and Brown Bag Milk Stout.  For our next round, I ordered my favorite from the sampler, the spring seasonal Pollenator, and KK decided to try the Double IPA Brewmaster special.  None of the Long Trail beers wowed us, so we didn't pick up anything from the To Go store.  If we had to choose, KK and I would both opt for another visit to Harpoon over Long Trail. 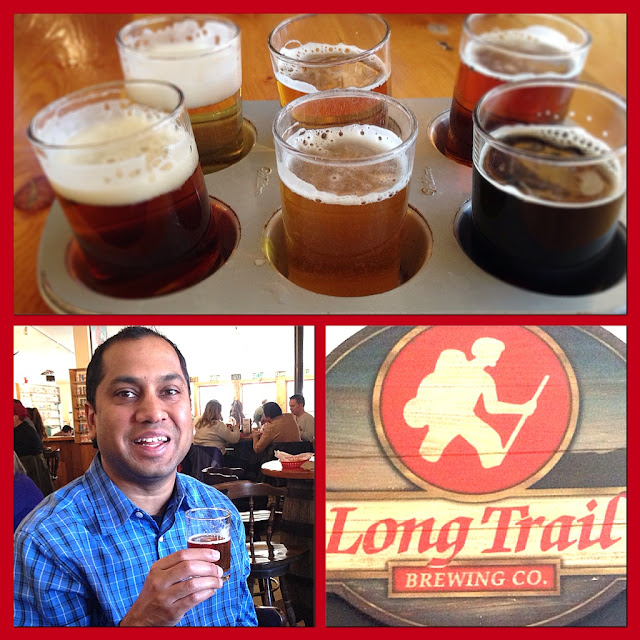 I should mention that this Vermont house sleeps 10 people (plus 4 in the carriage house!), so the kitchen is extraordinary.  My only complaint about the kitchen was the lack of sharp knives, but otherwise I'd be in heaven if I had this kitchen to cook in every day! 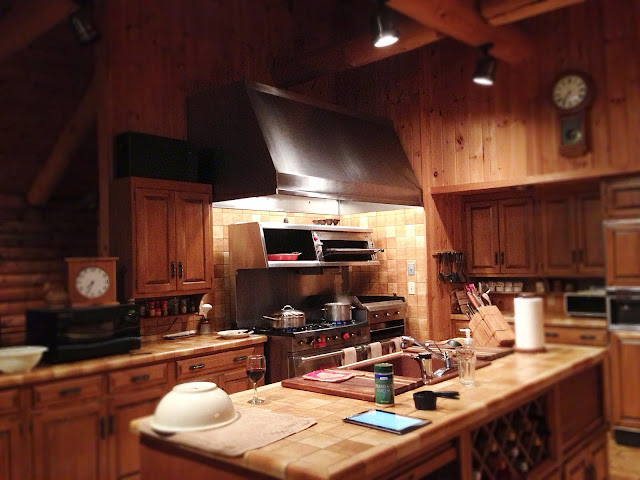 The kitchen was stocked with essentials (spices, sugar, flour, oils, etc.), so we only needed a few ingredients from Shaw's.  I almost didn't mention our grocery store specifics, but KK suggested I mention Shaw's for some reason...I'm guessing because it reminds him of his fraternity shopping trips during college in Boston :) We picked up chicken tenderloins instead of breasts by mistake, but I've updated the ingredient list below because they ended up being a nice change.  Plus, I was less worried about the chicken not cooking through with the thinner slices.  During dinner, KK shook his head at me and said that I had ruined ordering Chicken Parm at restaurants for him.  I guess that's the sign of a well-cooked meal! 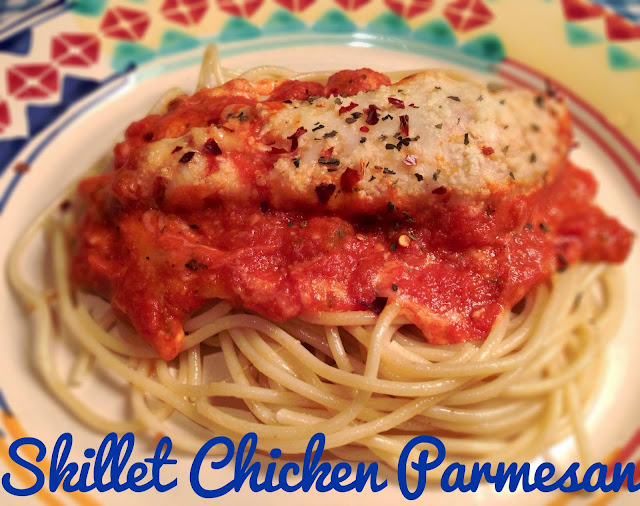 3. In a large skillet with a lid, heat oil over medium heat. Season chicken with salt and pepper.  Place the flour in a shallow dish and cover the seasoned chicken with flour, coating both sides.  Place chicken in skillet and cook for 3-4 minutes per side to form a golden crust; chicken will not be cooked through.  Remove the chicken to a plate.

5. Uncover the skillet, sprinkle the Italian cheese blend and remaining Parmesan over the chicken and sauce.  Recover and cook for 5 minutes, until cheese is melted.